Any fellow Project Runway fans out there? I was super excited for a new season to start last night and it didn't disappoint (well...until the final judging but I've gotten pretty used to that.)

The first challenge was quite a doozy - first of all to let the designers know that they weren't even a part of the show yet and that the first challenge was going to be the final round of auditions. Yikes! (but let's face it...it wasn't really much different from a first elimination, minus everyone moving into the house first.) But back to the challenge.

Making the designers take something out of their suitcase to design their first look with? Kind of boring...

Making them pass it to the person next to them...pretty darn funny. Especially for the guy who picked his $1,000 pair of pants that he hadn't even worn yet.

Let's face it...you deserved that one for having people call you Casanova.

Seriously? You aren't that famous yet buddy.

And you should have gone home for this monstrosity... 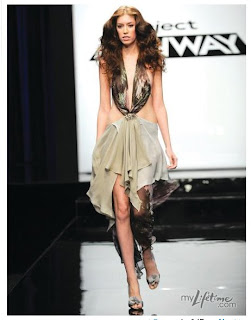 but of course you were saved because you are one of the quirky ones that will get people to watch.

Of course one of my favorite looks was the one to be eliminated.... 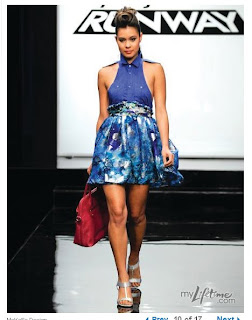 Sure the top is a little mis-proportioned, but I loved the overall idea of the dress. Was it the worst of the bunch? Heck no. Although that hot pink bag is really unfortunate.

The winner was ho hum for me...cute but didn't make me smile walking down the runway. 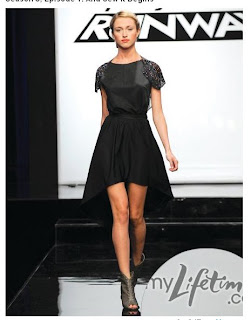 I think it is the graduated hemline that is throwing me off. It would be much cuter all one length in my humble non-fashion-designer opinion.

A few of the others that caught my attention...

Not a fan of this design but I was impressed that a three piece outfit could be created in 5 hours... 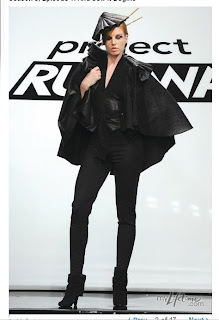 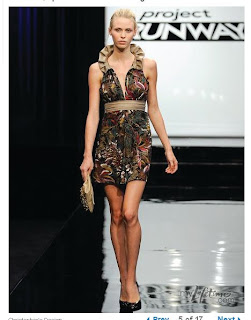 The uniqueness of this design caught my eye... 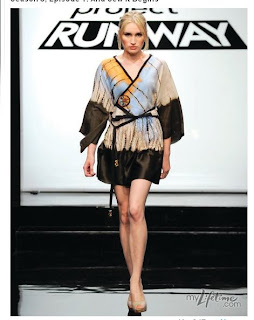 I thought this was adorable and if I had legs like this girl I would definitely be sporting it... 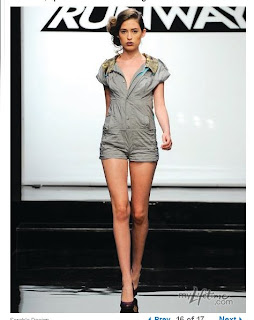 Email ThisBlogThis!Share to TwitterShare to FacebookShare to Pinterest
Labels: all about me

It is a word explosion in our house these days...very exciting stuff. wants to repeat everything Mom and Dad say...and I mean everything. Definitely keeps us in check (most of the time.) Did you know that toddlers can hear a whispered naughty word from across the room?

And my favorite that I know he learned from his Dad..."shut up cats!"

Oy. Melvin and Chloe don't have a chance. And he said "I see Dad." His first sentence!

We were just a tad excited.

And over the weekend he said "I love you" for the first time. Cue teary momma eyes.

Last night he was looking through one of their favorite books and said a phrase from the page he was looking at. Now, I'm not going to say that he read it...

(my kids are pretty darn smart but I'm be that naive)

But the fact that he knew that phrase came from that page just blew me away! is just a little bit behind his brother but that has been the norm so we aren't worried.

He is DEFINITELY talking, just not in sentences like Landon. He has put together lots of two word phrases and lately they have both been into picking up two like things and saying that he has two of them, like "two cars", "two browns (brown crayons)" and even "two Woodies" (again...who decided to name that character Woody?!)

I love how they are picking up on counting things already. Just amazing.

His favorite two word phrase, however, is...

"no *insert any word here*"

The funniest example of his love affair with no was the other night when we were over at their Gigi's house and she made pie for dessert. Ben didn't want any pie and went to the family room to pout, all the while saying "no pie", "no pie"...over and over again. At one point he stood up on the couch, peeked through the pass-through at us and said "NO PIE!".

He is quite the entertaining kid.

I know I'm leaving out a huge list of words and phrases but this could go on for a long time, and if you have stuck with me this long I don't want to punish you further. ;)

This is probably snooze-ville to most of you, but for a parent this is the realllly good stuff, and I want to make sure I document it somewhere so I don't forget. They are growing so quickly!

And yes, the 2's can be terrible, but they can also be pretty darn terrific. I love these boys.
Posted by Mandy Ford Art & Illustration No comments:

Email ThisBlogThis!Share to TwitterShare to FacebookShare to Pinterest
Labels: family, my boys

Here is what I'm loving this week...

1. This print and pretty much everything in this Etsy shop... Cute huh? This basically sums up my life right now, although dealing with two 2-year-olds has made me wonder about my sense lately as well.

My friend Allison sent me a copy that she picked up on her recent annual honeymoon trip to Amsterdam, Belgium, England and Ireland (I know...dream trip, right?) and it is the BEST home design magazine I've ever had the pleasure of perusing. It had me at the Orla Kiely interview. We all know how much I'm obsessed with all things Orla.

I snagged a free subscription (you can too!) and it is a really great read. Lots of fun DIY projects, bios of creative folks and lots of inspiration.

4. This print that I see every morning when I grab my purse on my way out the door to work. Nothing new to most of the blog world, but it is a good reminder to take deep breaths when I need them.

What are you loving this week?
Posted by Mandy Ford Art & Illustration 1 comment: 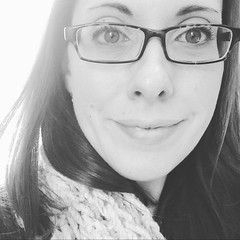 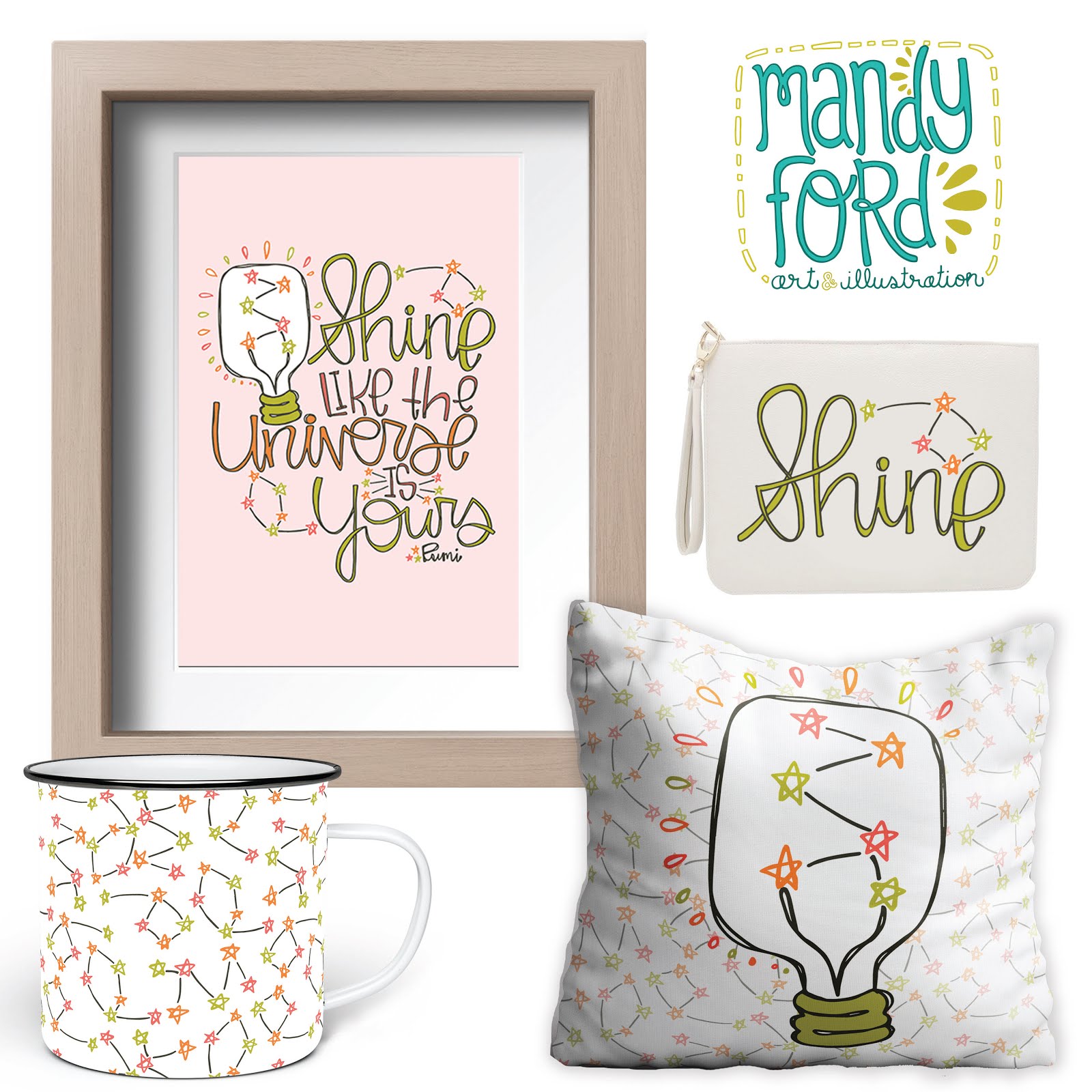 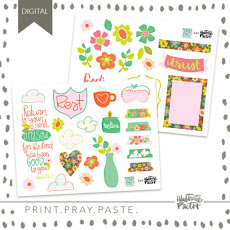 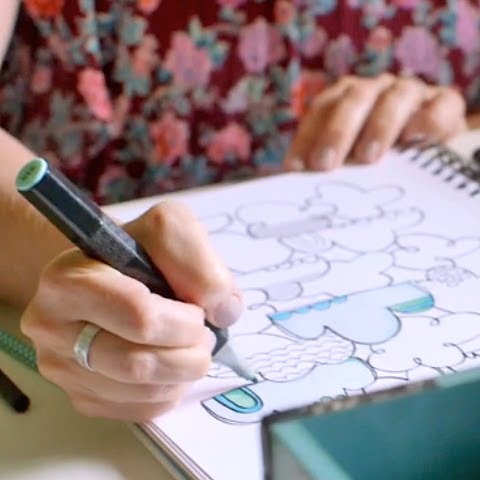 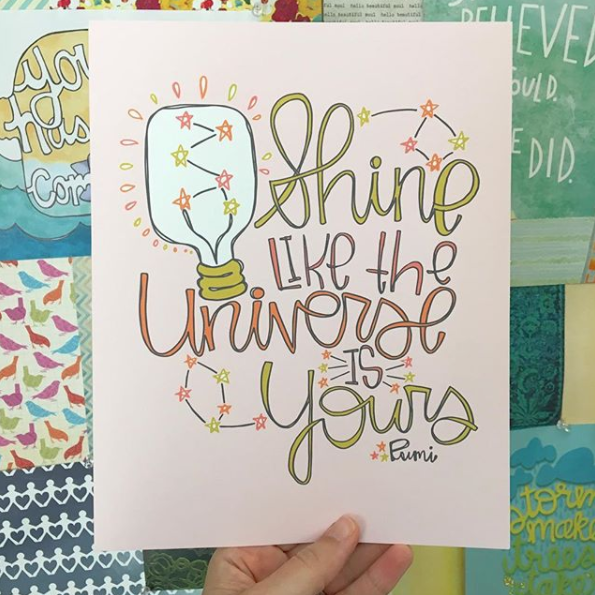 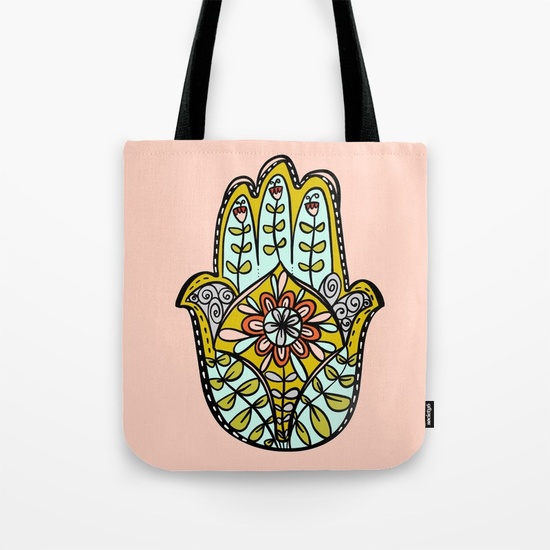 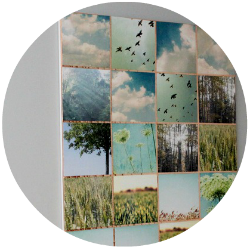 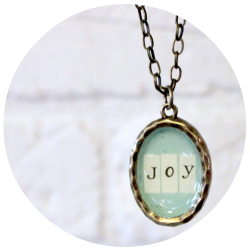 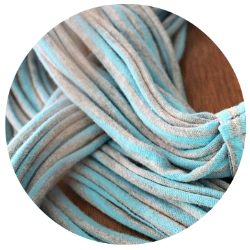 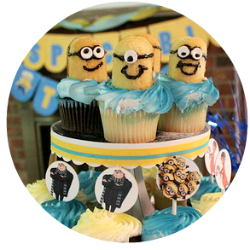 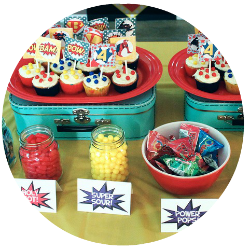 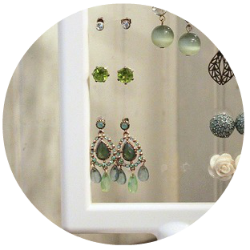